Carlsberg has been fined £3m after a worker was killed during an ammonia leak at its UK brewery.

David Chandler, 45, from Bridgnorth, Shropshire, died after gas leaked from the refrigeration system at Carlsberg in Northampton on 9 November 2016.

The Health and Safety Executive (HSE) said it found Carlsberg had failed to put proper controls in place.

Mr Chandler's family, in a statement, said he died "in such tragic but preventable circumstances".

David Beak, a colleague of Mr Chandler from Failsworth in Oldham, was seriously injured and 20 other people, including emergency service workers, needed medical attention. 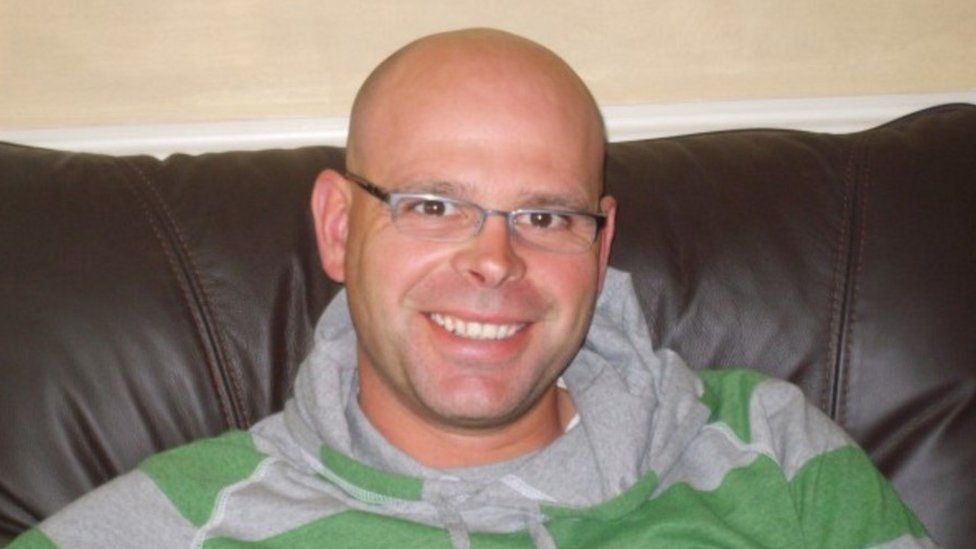 IMAGE SOURCE,NORTHAMPTONSHIRE POLICE
Image caption,
David Chandler had been preparing to push the compressor unit when ammonia gas exploded out of a pipe and into his face

Mr Chandler died after inhaling ammonia. He was married and had two daughters, who were aged one and five at the time.

HSE said Carlsberg had failed to put in place appropriate isolation controls to prevent exposure to ammonia before work started to remove a compressor from a refrigeration system.

While the compressor was being removed, there was a large, uncontrolled release of ammonia.

It was several days before the leak was contained and gas levels dropped to a safe level, the HSE said.

Mr Chandler's family said the legal process "has been emotionally exhausting as well as frustrating given the length of time which has lapsed since the accident".

The statement said: "We are devastated that his young family will not be able to share their lives with him as they grow.

"He was a larger-than-life character whose loss has left a massive void nothing can replace."

Samantha Wells, HSE principal inspector, said the case "underlines the dangers of not following industry guidance when working with toxic and flammable substances".

Paul Davies, chief executive of CMBC Supply Ltd, said: "We strive to attain and maintain the highest standards of health and safety management for our employees.

"Through our guilty plea to the charges and much earlier acceptance of responsibility, we recognise that on this occasion we did not meet these high standards.

"All remedial measures have since been taken and lessons learnt. As a company we will continue to put health and safety at the forefront of how we operate."

Crowley Carbon UK Ltd, a contractor on a project to remove a compressor, was also charged but the company was placed into compulsory administration before court proceedings began.